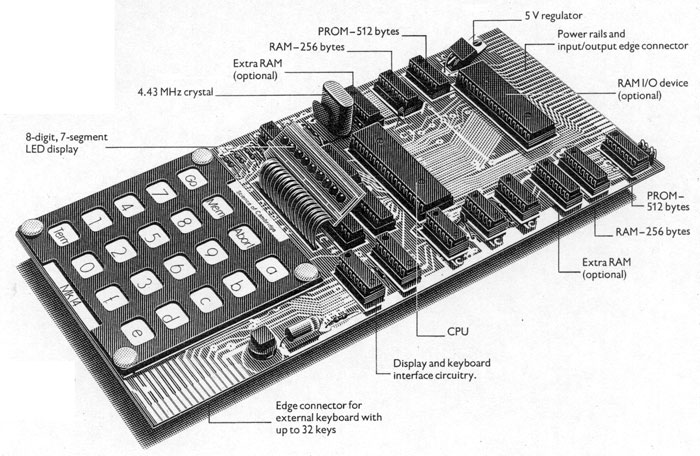 The MK14 had ram, rom, a National SC/MP cpu, display, keyboard, glue logic, and power supply This simulation has an array called Memory[], and the cpu is simulated. The display and keyboard have to be emulated, so that the code the SC/MP cpu runs works. One of the nice things was the SC/MP had “microcontroller” features with the three outputs and two inputs to the chip. It would be nice to have cheats as well. Poke bytes into memory. Offset calculators. LEDs on port pins. Switches on SIO input.